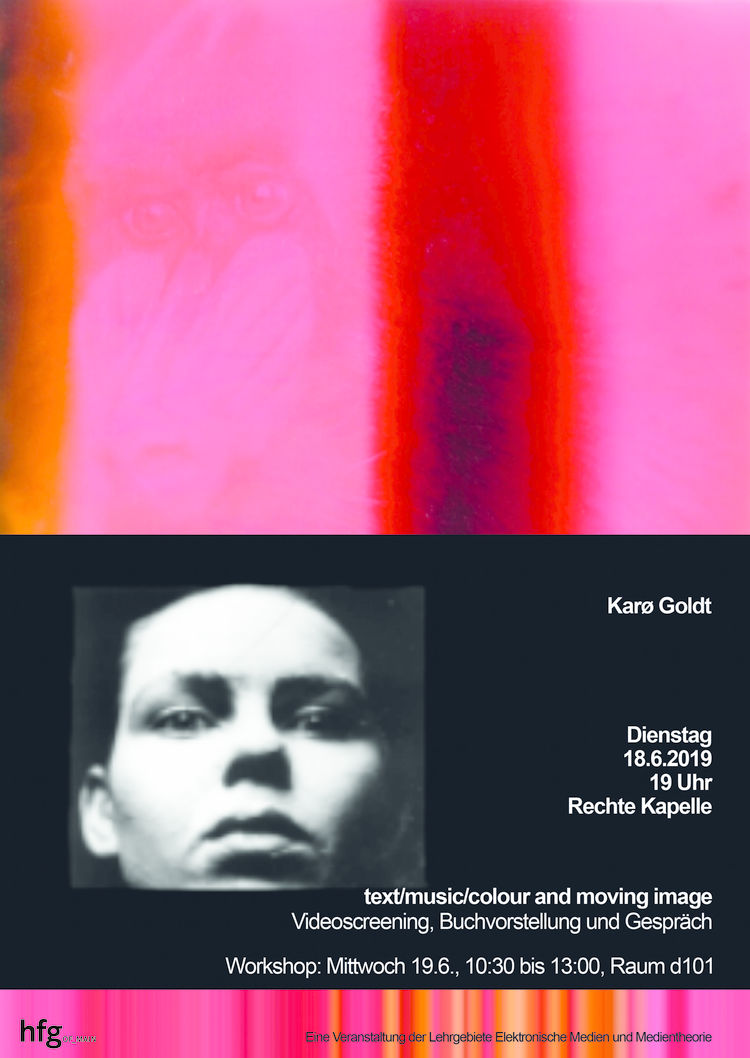 Karø Goldt's videos are based on photographic works. The digital shots are reworked, the analogue films are experimentally developed, scanned and also digitally processed. The individual images are then assembled into films. The disturbingly beautiful visual compositions are formally minimalist and sensually intense.

Karø Goldt's (de-) constructive processes have broken down the individual image dispositives and brought parts of them into a new order. Thus, of course, her pictures and films remain inscribed in the horizon of the intertextuality of the picture - but she positions them, so to speak, at the edges and fraying of this horizon. This "peripheral location", however, confirms the autonomy of her [...] concept of the picture, which never seems to be complete, but from which she repeatedly presents stages of a development - not for lack of precision, quite the opposite, but because the artist returns, so to speak, from each completed pictorial form to the starting point again, in order to tackle the process of picture construction and picture finding anew. This constant reorganisation and reshaping is an essential part of the pictorial universe that Karø Goldt presents: a space for reflection on possible forms of contemporary images.

Karø Goldt, *1967 in Günzburg, lives and works in Berlin and Vienna. She studied religious studies with Prof. Dr. Klaus Heinrich at the FU Berlin and with Friedl Kubelka / vom Gröller at the Schule für künstlerische Photographie Wien.

An event of the disciplines Electronic Media and Media Theory.