The poetry of translation. A theory of contemporary prints from the viewpoint of image tranmission

From about the 1960s onwards the concept of what was described as an original or fine art print was considerably expanded and the process continues to this day. It was the era when in addition to the classic printing techniques, artists began to employ industrial methods such as silk-screening and offset printing. They resorted to them not only as a means of reproduction under the influence of the art print, but because of the specific characteristics of these printing methods such as the normative quality of the print raster. How does this situation compare to today’s practice? As these industrial methods became outdated their use in and significance for the field of conceptual fine art prints has declined.

However, aside from these techniques a form of print developed that subverts the claim of so-called artist or original prints. Such prints were promoted above all in the 20th century by art historian Walter Koschatzky; they are characterized by the fact that the artist not only produces the printing block but also its design, and then has to engrave the copper plate, cut the wooden block, etch the grid plate, and ideally even carry out the actual process of printing. However, this orthodox view also excludes the expansion of printing processes say through the creation of digital images and photochemical image transmission. My research focuses precisely on these forms of printing that fall within this expanded concept and are no longer included in the classic concept of fine prints.

The common element shared by the relevant printing positions is what I shall describe as the poetry of translation. In this context poetry in the proper sense means the creatve element that only comes about through the process of translation and is applied here to visual forms of image transmission. An analysis of these varying forms of translation will be conducted using different positions in contemporary fine printing, which are to be compared with regard to the language inherent to the respective printing medium. Current examples are the woodcuts by Christiane Baumgartner, which are informed both by photographs from newspapers, but also stills from her video works. Baumgartner uses a computer to cut up these source images into a horizontal grid of lines that she subsequently transfers to a wooden block, before in a process taking several months cutting out the non-printing sections by hand. This produces the actual printing block from which in a final stage Baumgartner’s woodcuts are printed. (800) Parallel to the analysis of exemplary works by contemporary artists another focus of my research is directed at historical pieces by so-called reproduction artists like Marcantonio Raimondi and Cornelis Cort. By examining the copperplate prints I shall highlight an historical position that is not restricted to the slavish reproduction of a previous design and is instead characterized above all by a particularly intelligent translation. From a current perspective the works by Marcantonio and Claude Mellans cast an anticipatory and informative light on contemporary forms of printing, which in a very similar manner create autonomous works through a wide variety of strategies.
​ 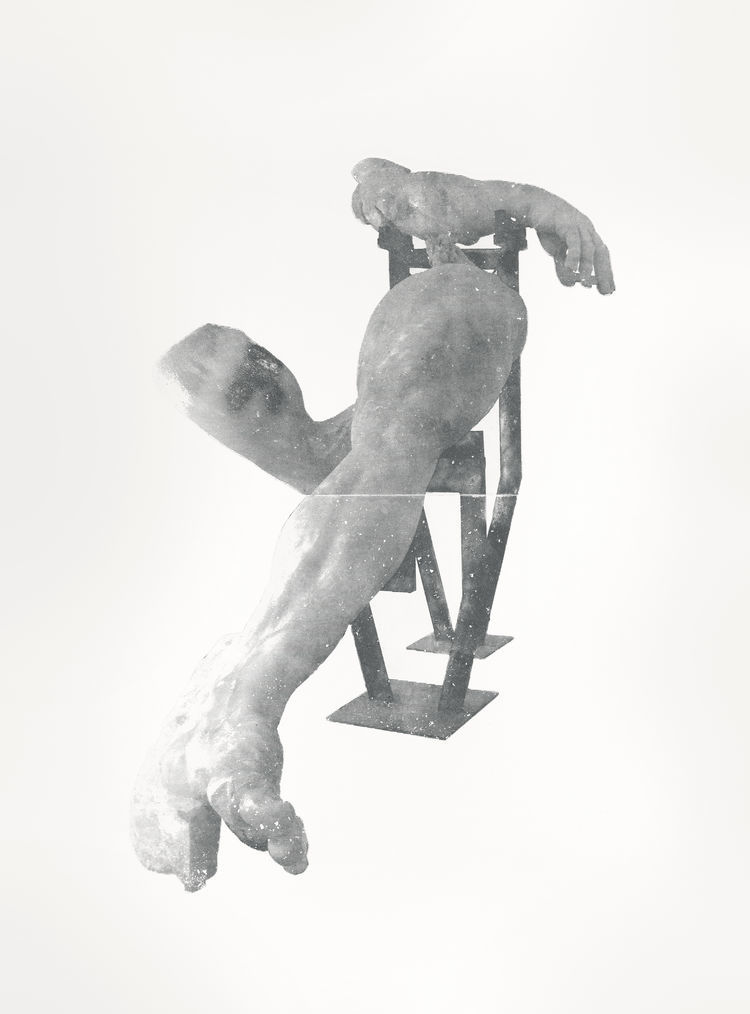