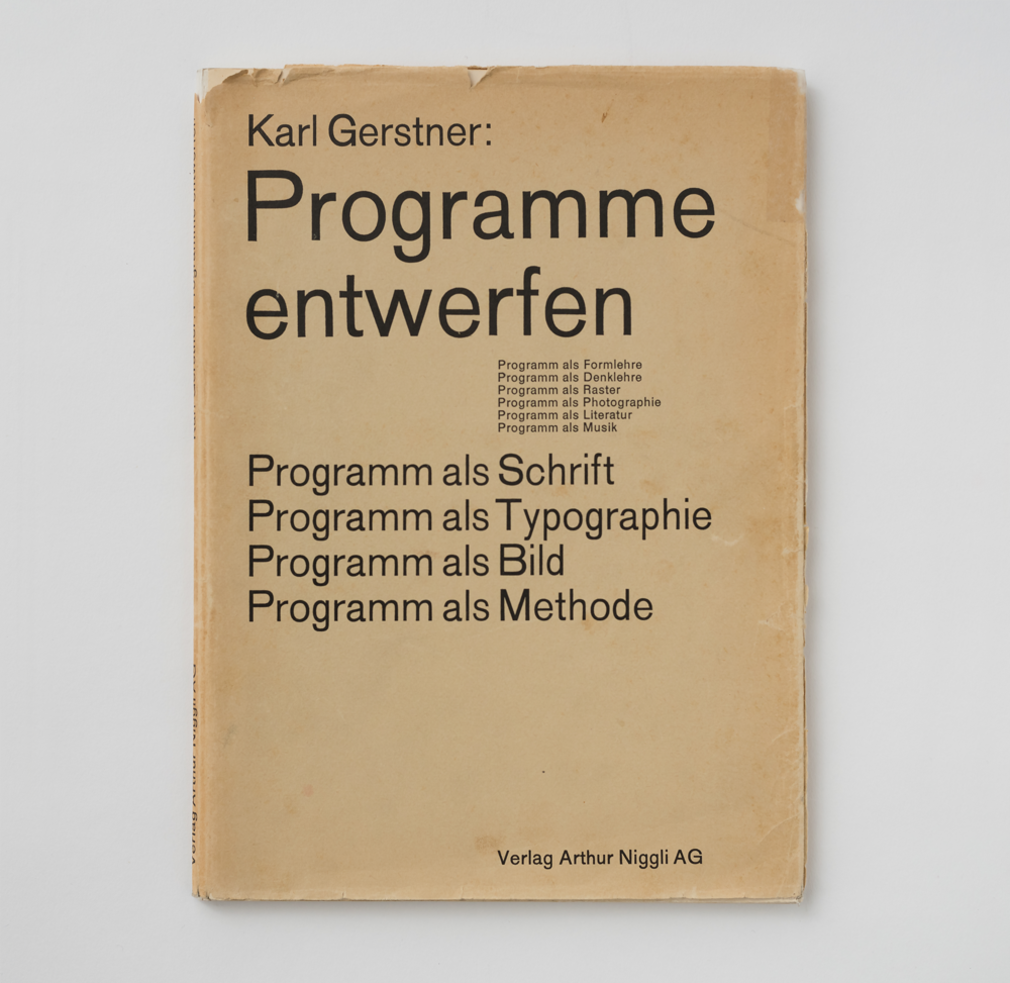 The oeuvre of graphic designer and artist Karl Gerstner (1930–2017) is characterized by a rigorous, functional and systematic mode of working. His works are based throughout on systematic organizing principles and a detailed analysis of the initial problem in question. With his publication “Programme entwerfen,” in 1963 Gerstner provided an overview of interdisciplinary solutions generated with the aid of programmatic processes. Alongside his own design and art works, he also showcases programmatic methods from the realms of photography, architecture, music and literature.

In developing his design programs, Gerstner translates the parameters of the initial problem into a systematic order. The order of the system allows for possible solutions to be generated programmatically, meaning according to predefined rules. Gerstner intended to expand creative potential through the application of programming: ideally, this would lead to creative potential being uncovered, as programmatically generated solutions may lie outside of habitual thought patterns. In the design process, Gerstner assigns the designer the role of analyst and curator, while the program itself becomes the creator of formal design solutions.

This shift in the role of who is creator deconstructs the artist and designer’s role as creative genius and questions customary theories on creative processes. While Poincaré divides creative thinking into the four phases of preparation, search for solutions, a flash of inspiration, and implementation, in Gerstner’s programmatic approach it is in particular the moment of the flash of inspiration that is eliminated. Gerstner’s systematic and programmatic mode of designing is thus a counter-project to intuitive design processes. As the systematization of the initial problem constitutes a prerequisite for Gerstner’s programmatic process, the content is inferior to the form and the programming must face the accusation of being an end in itself. The programmatic solutions operate within a self-defined set of rules and they are always coherent. In looking at Karl Gerstner’s lifework, the aim is to shed light on the question as to whether and to what extent programs are able to serve as an autonomous design tool and whether it is possible to make the design process entirely pragmatic.
Supervisors: