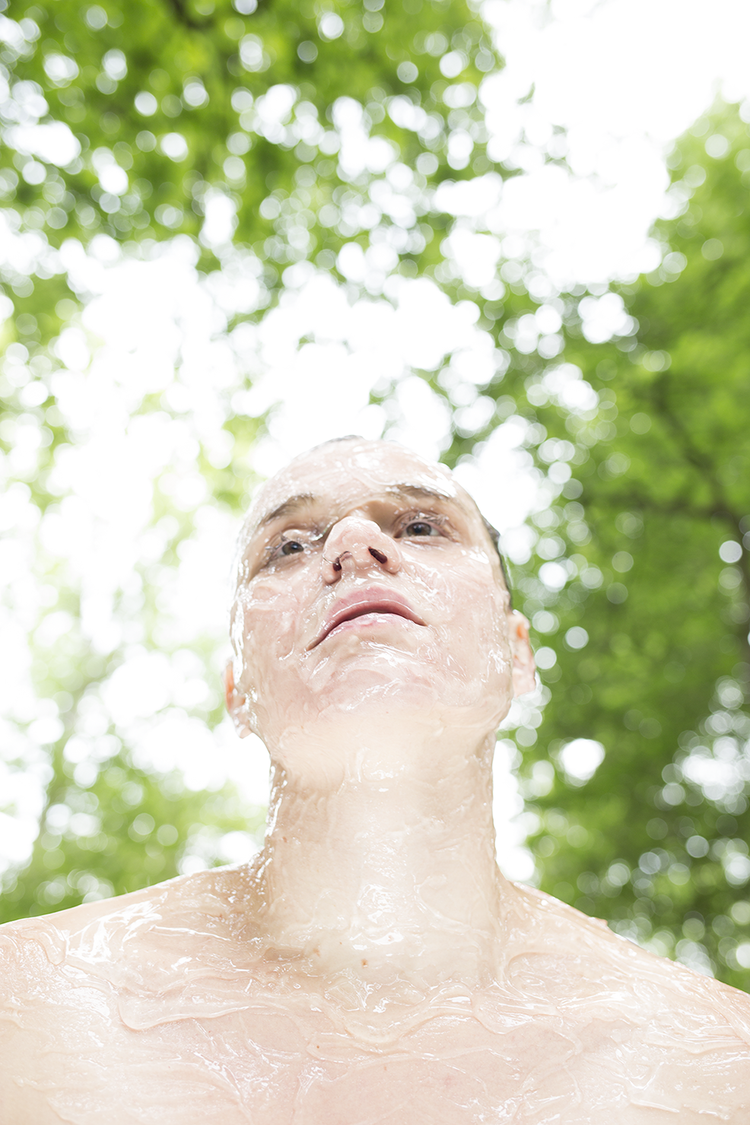 Aesthetic of fluidity. About performative difference beyond capitalist flexibilization

Besides producing new representations of the self and their structural contextualization since the 1990s, current performative practices are, according to Catherine Wood, increasingly concerned with questions of alienation, otherness, fluidity and diversity. (Wood, 2018) The Venice Biennale 2019 seems to confirm this emphatically. A large number of nonbinary performance art positions can be seen there.

Due to the inherent focus on questions of (subjective) agency, working on subjectivity via a performance oriented aesthetic practice seems to be obvious. In the present the subject sees itself in a contradiction, which requires a permanent fluidization of the form with a constant claim for compatibility. Difference remains within the limits of its utilization. Regarding the current urgency of this debate, my project for an aesthetic of fluidity asks for possibilities and limits of difference within the present capitalist flexibilizations. So how can this become visible, as something that is not already fixed, if difference becomes readable only on the basis of its functional forms?

The idea of a subject that is constantly transgressing its solid form in fluid motion, emerged as a radically anti-bourgeois model at the beginning of the twentieth century. This contrasts, as Andreas Reckwitz states, with an effort to moderate movements, in a sense of continuity, concerning the morality of a bourgeois culture that formed in the eighteenth century. Reckwitz describes the present subject as a hybrid of these two opposing forms of motion, combining them in a specific interaction. (Reckwitz, 2004)

In her Trans*Manifestos the writer and performance artist Verity Spott tries to write from a lived practice that takes the self in a constant exchange. She emphasizes that concepts of fluidity still contain identity producing norms and social constraints, although they try to transgress them. In particular Spott describes this in relation to the term trans*, which refers to a transition that implies a from and to. This implements a binary form that refuses any kind of movement. As a consequence, she pleads for occupying the through space permanently. (Spott, 2018)

So the trough space is not an utopia, a nowhere, but another space, a heterotopia (Foucault). If we envision difference, according to Spott, not as a form of mobility in the sense of fluidization of our self, but as a genuine heterotopia which always already pervades us: then, instead of asking for an opening of such a room, it is the question of its navigation. In my PhD I will conceptualize this within a critical analysis of contemporary positions and in my own artistic research.
​