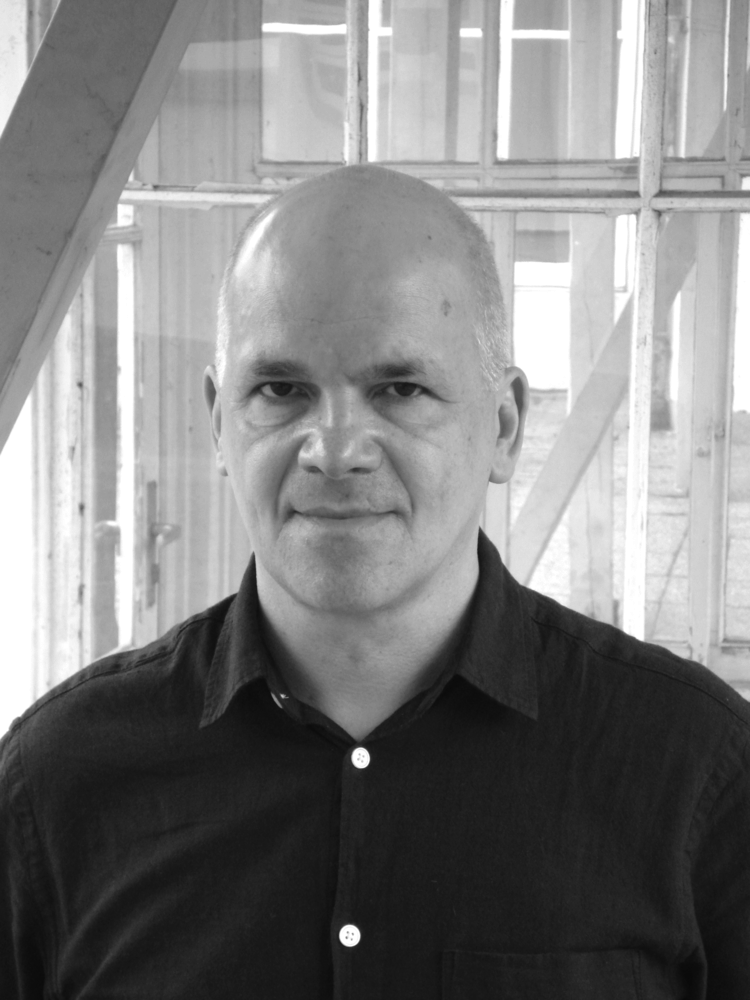 Frank Witzel, born in Wiesbaden, has been a freelance writer since the early 1980s. To date, he has published five novels and numerous other books, including "Plattenspieler" (Record Player) (2005) and "Die Bundesrepublik Deutschland" (2009) together with Thomas Meinecke and Klaus Walter and "BRD Noir" (2016) together with Philipp Felsch. For his novel "Die Erfindung der Roten Armee Fraktion durch einen manisch-depressiven Teenager im Sommer 1969" he received the German Book Prize in 2015 and the German Audio Book Prize in 2016. In the 2017 summer semester, he held the poetry lectureship at the University of Heidelberg. He lives in Offenbach. Recent publications: "Direkt danach und kurz davor", novel (2017), " Grund unter Grund", poems (2017).

Starting in the winter semester 2017/18, Frank Witzel has been teaching for two semesters at the HfG Offenbach in the field of text (School of Art) as part of the Heinz and Gisela Friederichs Endowed Professorship.

Since the summer semester 2020, he has been an honorary professor in the field of text.