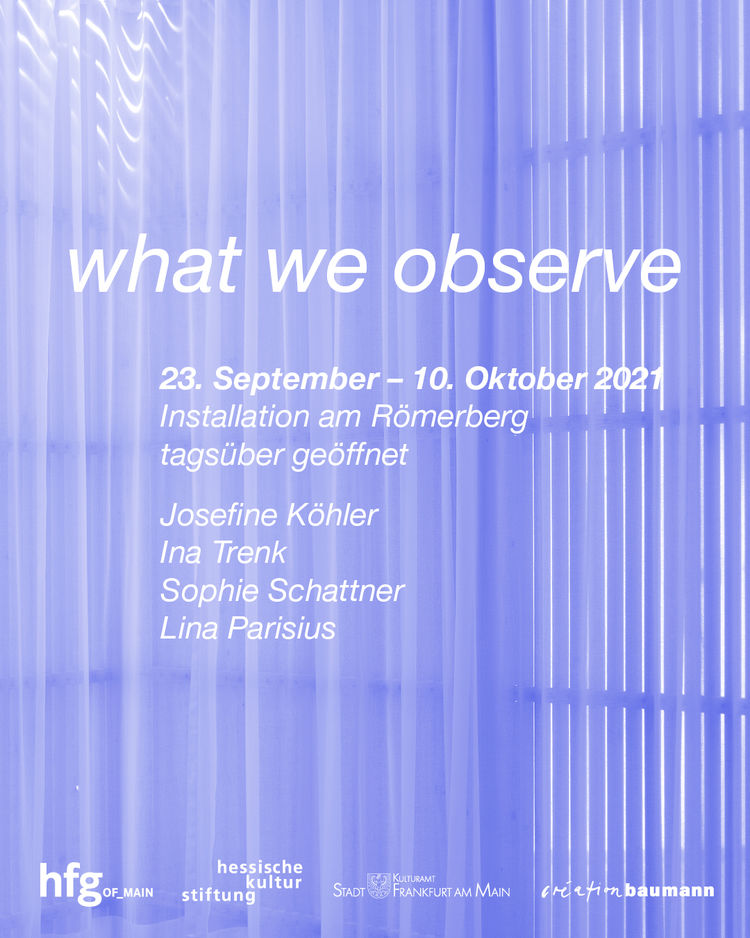 Social inequalities manifest themselves in urban spaces. There are differences in the way bodies move through the largely man-made cities. Among young women, there is a growing need for public places where they can linger and observe their environment without being seen themselves.

The essence of the installation what we observe focuses on that asymmetry of observing. The male gaze is excluded in order to take an observing or even privileged position from within. Form and material of the room experiment with the feeling that is generated when entering or being "excluded from entering". The controversial request that men are not allowed to enter the installation is a significant point of reflection in this work. The intention is not to reproduce a two-gender system, but rather to point out the limitations of a binary society model. Public space is an important factor in the quest for social change. In times of growing anti-feminism, which intertwines with right-wing populism and the defense of the natural in favor of a supposedly original order, the installation opposes that.