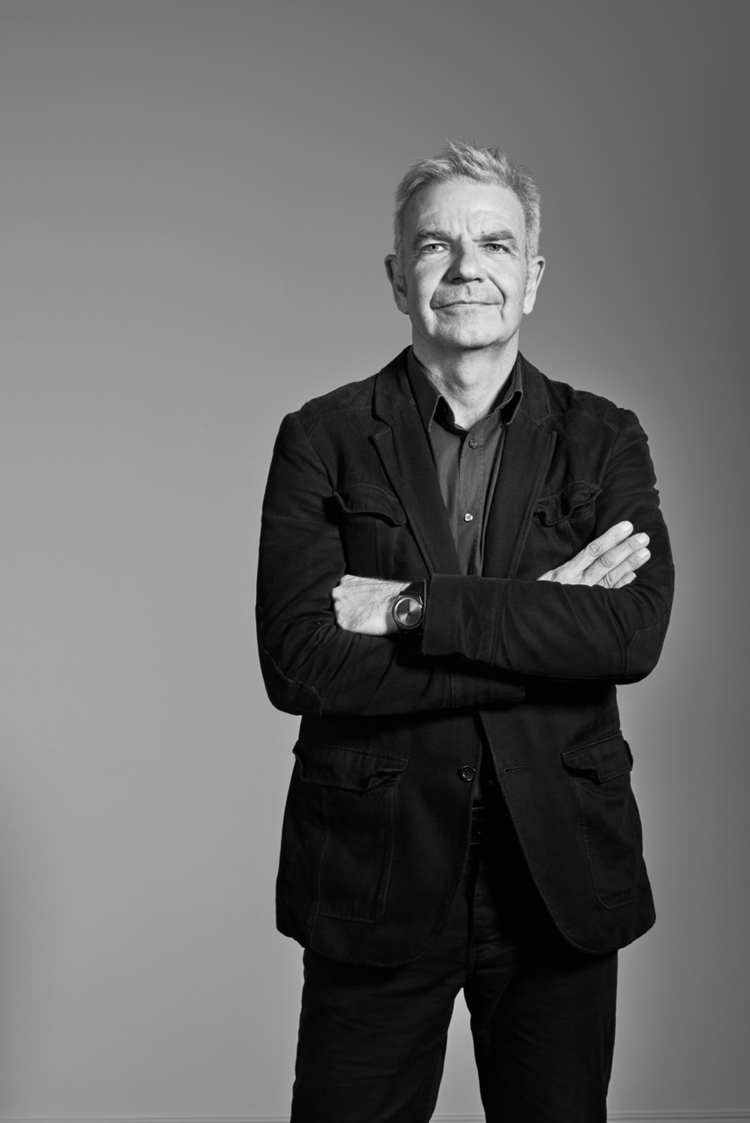 Prof. Peter Eckart (born 1961) lives and works in Frankfurt und Offenbach. After business management training with 4711 in Cologne, he worked in various design agencies in Hamburg (Michael Suxdorf, Peter Schmidt Studios) and studied Product Design at Bergische Universität GHS Wuppertal and later at HFBK University of Fine Arts Hamburg under Prof. Peter Raacke and Prof. Dieter Rams. After winning the Braun Prize (1989) he worked as a product designer for Braun in Kronberg for two years. In 1993, he founded the design agency Eckart+Barski Design. Products in the fields of consumer goods and medical technology were developed. In the year 2000 he founded design agency unit-design together with Bernd Hilpert. The agency is networked with national and international designers from related media, design and architecture disciplines and works on projects in the fields of orientation systems and signage, information design, public design or exhibitions, with clients including Accenture, EZB, Historisches Museum Frankfurt, Messe Basel, Messe Frankfurt, Museum für Kommunikation Frankfurt, The Ciyt of Offenbach, Regionalpark Rhein Main, The City of Frankfurt, Fraport, Lufthansa, Deutsche Bahn, T-Mobile, Roche, Siemens, VGF.

Peter Eckart has been Professor of Product Design and Integrated Design at HfG Offenbach since 2000, from 2007 until 2010 he was the Dean of the School of Design (formerly Product design faculty) and since 2011 he is Vice President of the University. 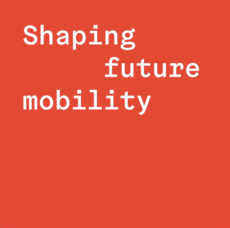 The future lies in new forms of mobility: Instead of owning a car it will be easy to use a host of different forms of transport. Mobility will become a service and will tend to be perceived not as an object and more as an intangible event. In future, digital and platform-based... 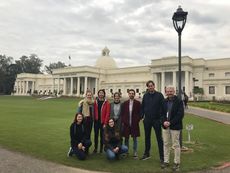 Prof. Peter Eckart and Julian Schwarze, research assistant at the HfG, were guests at the India Institute of Technology (IIT) Roorkee with a workshop on Mobility Design.

16 December, 2014 / 7 p.m. / Linke Kapelle LixoLuxo invites you to a Brazilian Christmas with Bossa Nova, caipirinha, Salgados and pictures from the trip to Rio de Janeiro. In collaboration with Angela Carvalho the participants of the LixoLuxo project from the summer...

To mark the 25th anniversary of the German Designer Club (DDC) on 13 November two new volumes of the series iDDC Design Library were presented in the Museum Angewandte Kunst in Frankfurt/Main. The works also includes a text by Prof. Peter Eckart

On 12 November, 2014, Prof. Peter Eckart is giving a talk at the German Mobiity Congress. 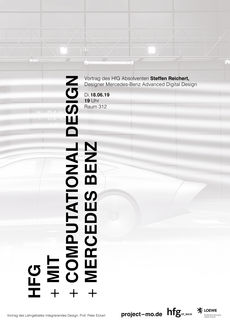