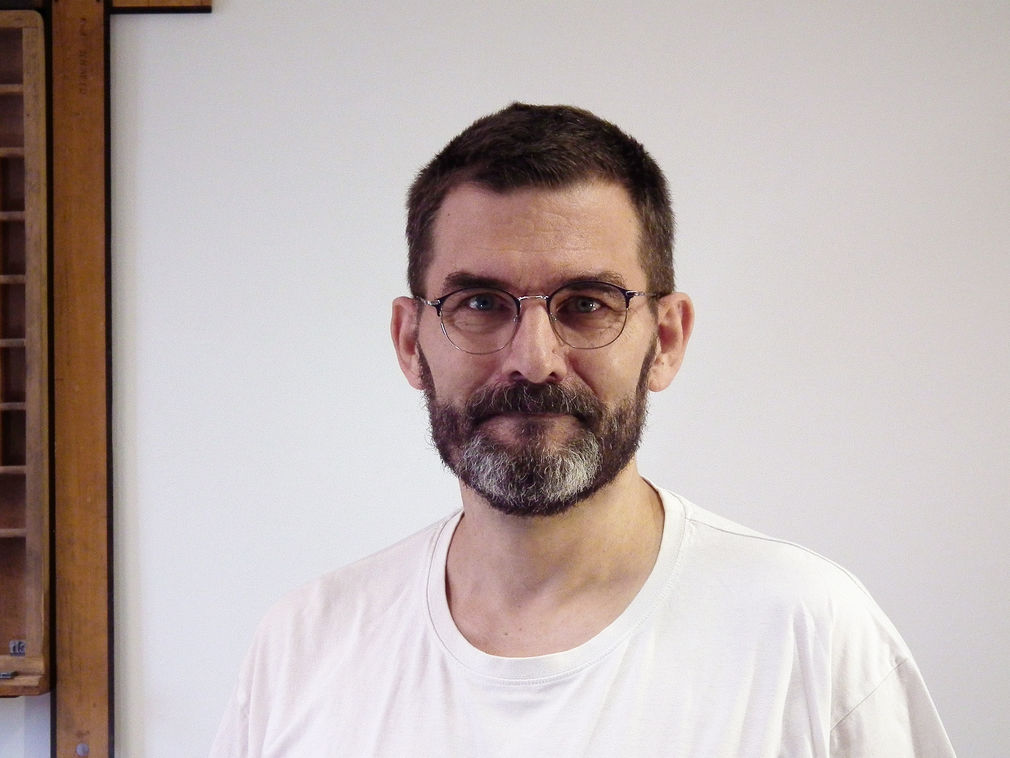 Tuesday 2 to 5 pm and by appointment

Jörg Langhorst graduated as a designer from the HfG Offenbach in 1991 and has been working as a designer for more than 30 years. Clients were for example Konzept Fünf (until about 1996), Busse Design Ulm (1996 to 1997), Botta Design (1997 to 2005), the Historical Museum Frankfurt am Main, the Frankfurt Zoo, the City and Industry Museum in Rüsselsheim or the Ensemble 9. November (E9N), for which he designed printed matter and video documentations as well as the stage projections and films for several theater performances.

Since 1991 he has been working for the School of Design of the HfG Offenbach, where he is a teacher for special tasks and workshop manager in the central computer laboratory. He teaches the basics of computer-aided tools in the design process in the module Prototyping. These include 3D modeling, image editing and desktop publishing.