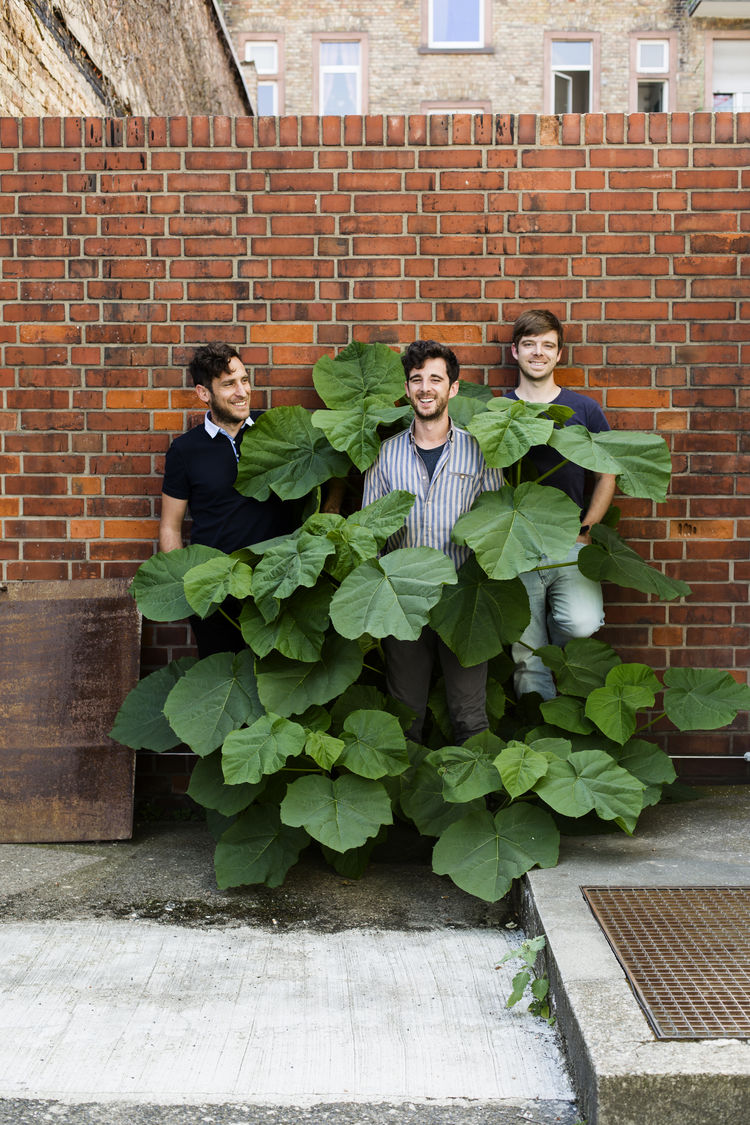 »From earnestness came fun,« says Loimi Brautmann, describing the development he had with the former fellow student and current business partner Nicolas Kremershof. It all started with a celebration of the first semesters of the HfG, which were co-organized by Brautmann and Kremershof and called »OF Loves U«. Using this slogan, which soon became a brand, Loimi Brautmann then began to organise alternative city tours to prominent and yet little known Offenbach locations. In 2009, Brautmann and Kremershof, together with a fellow student in the city of Offenbach, conceived of the social media presence »Like Offenbach«. In 2012, Urban Media Project was founded and Nicolas Kremershof's brother Oliver joined the team.

»We focus on city-specific projects, developing creative solutions for urban development, real estate marketing and public participation,« says Brautmann, in the light-flooded Urban Media Project office. The rooms are located on the 5th floor of the Offenbacher Atelierhaus Zollamt Studios, while the view extends to Frankfurt. »We're not a classic graphic design office,« Kremershof adds. Urban Media Project also works on editorial design, corporate design and web design projects. Brautmann sees Urban Media Project as part company, part niche product. »The experimental is our cornerstone and brings the customers to us,« he says.

Nicolas Kremershof studied at HfG Offenbach, mainly in the conceptual design field. He consciously chose the university, »because of the professors,« even though he was offered places by two other design schools. Kremershof designed an extensive web platform for »OF Loves U«. Brautmann began his studies in the field of film and finally moved to the area Experimental Spatial Concepts. The city tours were recognised by the university as part of Brautmann’s studies: »I did what I was interested in.« As a Diplom project, he organised home visits with Offenbach citizens of different origins under the title »A City Is Open«.

Kremershof considers it advantageous that, despite differing interests, one was able to meet others at the HfG. They are still in touch with their professors, report the two company founders. In 2016, the Urban Media Project »OF Loves U« received an award by the initiative »Germany. A Land of Ideas.« The company has also won other design prizes. »Such awards are important to our customers,« stresses Loimi Brautmann.